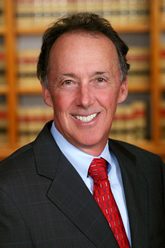 Admitted To Practice In:

PNBD successfully argued before the California Supreme Court “PARTIES WHO ARE JOINTLY AND SEVERALLY LIABLE ON AN OBLIGATION MAY BE SUED IN SEPARATE ACTIONS. [DKN Holdings, LLC vs. Faerber (Cal.)]”

July 2015 Michael Dawe and Kristin Godeke successfully obtained a ruling before the California Supreme Court holding that parties who are jointly and severally liable on a contractual obligation may be sued in separate actions. A Judgment in the first action does not bar judgments in later actions, even when they allege the same claim of wrongdoing, as long as the suits are against different parties. PNBD represented commercial landlord DKN Holdings against multiple tenants in a lease contract.